The past few weeks have been nothing short of incredible for Players Against Hate. Our organization has had the opportunity to be involved with two amazing local teams as a result of Divyne’s experience.

A few weeks ago, we were invited to a “Scrimmage Against Hate” with the Baltimore Banners. This is a team that plays out of Patterson Park in Baltimore City and is funded strictly through donations. If you’re interested, check out The Tender Bridge.

The players on this team are picked up by volunteers and are brought to the rink. There are some amazing mentors who work with the boys on and off the ice. Usually the Banners can’t find teams who are willing to play against them and I have no idea why that is. This was probably the best hockey game I’ve ever watched. The Banners played with fierce determination and heart. Proud hockey mom, here.

In the face of such adversity for the Banners players, hockey brought two completely different groups of kids together to play. For a brief hour, these boys seemed to put their struggles aside and have fun. Hopefully there will be more and more teams, not to mention ours, playing against the Banners. Plans are in the works for the Banners to come to our home rink in the near future.

This past weekend, we travelled to Fort Dupont in Washington for another scrimmage. This program serves a variety of kids, many who are underserved and at-risk as well. It was easy to see that the game of hockey is just a starting point for the Fort Dupont Cannons. According to the NFL, this is the oldest minority hockey club in North America. The relationships that have developed between the coaches, players and spectators were heart-warming.

We even had the opportunity to visit Neal Henderson who began this program in the 1970s. What an honor for us to meet him and hear his story. He shared some private words with Divyne all while in the midst of the fight this past weekend against the DC City Council to keep the rink running. Needless to say, Mr. Henderson and his organization won the battle. Fort Dupont will remain and hopefully one day soon, they will have a second sheet of ice. 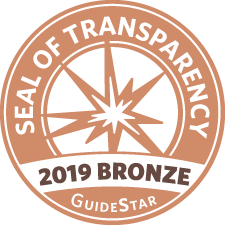